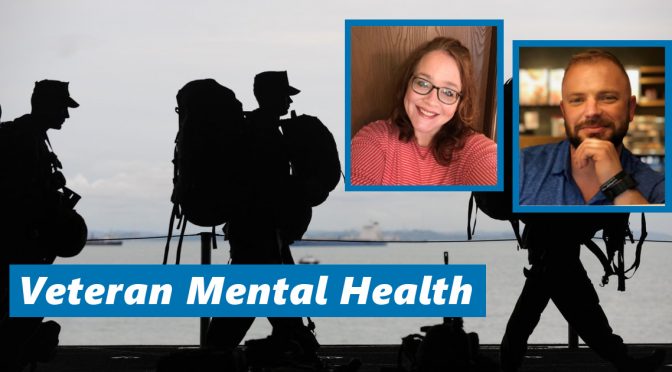 Service members of the U.S. Armed Forces fill an extremely important role in our society. They are the frontline defenders of our country and all its citizens, and for that, they deserve our deepest respect and appreciation. Unfortunately, the nature of their work puts them at a significantly elevated risk of sustaining injuries both physical and psychological.

One study conducted by the RAND Corporation in 2008 found that approximately 18.5% of veterans who served in Afghanistan and Iraq later suffered from PTSD or depression. The same study also found that only half of veterans who need treatment for these conditions seek help, and only half of those who receive treatment get minimally adequate care. This gap in treatment is especially concerning given the fact that suicide rates for veterans are 50% higher than for members of the general population.

In theory, all veteran health care needs are addressed by the Office of Veterans Affairs (or “the VA”), but in reality, this is not always the case. To begin with, not all veterans are eligible to receive care from the VA, with one common disqualifier being discharge from service under other than honorable conditions. In addition, not all veterans live near a VA hospital, which means they must travel long distances for medical or behavioral health appointments. For these reasons and more, community behavioral health providers have a duty to offer high-quality care to veterans and service members.

Like with any consumer population, it’s essential that veterans receive behavioral health care that is sensitive to their unique experiences and needs. To learn more about these needs and how providers can meet them, we spoke with Cummins’ Matt Baker, a Peer Recovery Specialist and Armed Forces veteran, and Melissa Bush, a Licensed Therapist who also comes from a military family. In this blog post, Matt and Melissa explain what kind of behavioral health issues veterans may face, what barriers to treatment stand in their way, and how care providers can give them the treatment they need and deserve.

When we think about current and former members of the Armed Forces, it’s important to remember that not all service members are the same. On top of the personality differences that make every individual unique, a veteran’s experience in the military is also affected by their time and place of service, which branch of the military they served in, and what role(s) they filled. For these reasons, no two veterans will have identical mental health needs.

“Veterans are just like the rest of the population when it comes to mental health care needs,” Matt says. “I’ve worked with vets who have major depressive disorder, schizophrenia, personality disorders, generalized anxiety disorders—you name it, veterans suffer with it.”

However, there’s no denying that military service members are exposed to a large amount of stress in the line of duty. “The military experience is very high-stress by nature,” Melissa says. “If you think about boot camp, for example, it’s a very stressful environment. Some of us who have not gone through that experience are not sure we could make it out the other side.” It’s not surprising, then, that post-traumatic stress disorder is a well-known concern among veterans.

A lesser-known problem that some veterans may struggle with is the concept of “moral injury.” As Melissa explains, “Moral injury is the idea that I have this moral code or this person that I believe myself to be, but I’ve been in a high-stakes situation, and in the context of that situation, I’ve acted in a way or saw others act in a way that doesn’t fit with my moral code.” This experience of behaving or witnessing behavior that is contrary to our personal ethics can be traumatizing in its own right.

Unfortunately, the stigma of mental illness is especially prominent in the Armed Forces, which have organizational cultures that value resilience and team cohesion. According to Matt, this can pose a large barrier to treatment for service members and veterans:

“I don’t want to come across sounding negative in any way toward our military or the way we’re trained. I loved my time in the service. I’m proud of my time in the service. But my personal view is that it’s almost an indoctrination that civilians go through when becoming a service member. Starting with basic training, you’re torn down and built back up into this idea of what a service member is and what they represent. You’re a member of a team first and foremost, and an individual second. Mission success is the objective above anything else. So if a service member becomes injured or suffers some kind of mental health issue, then they’re no longer effective as part of that team. It’s perceived as a weakness, and that can cause a lot of chaos in that individual’s life. There’s loss of identity, loss of purpose, loss of belonging. It’s hard to break through that wall that’s been built up, that culture, to get through to the individual and get them to buy-in to the fact that we want to help.”

The Basics of Culturally-Competent Care for Veterans 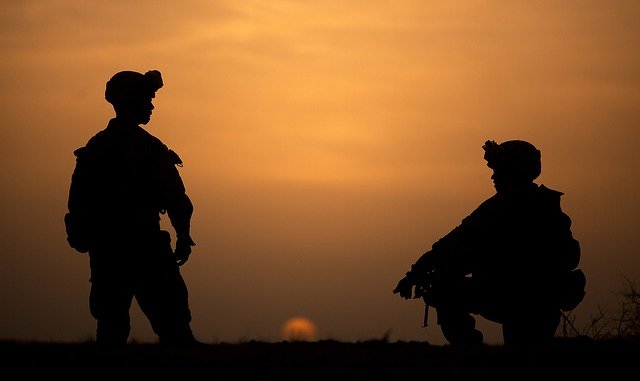 Given what we know about the veteran population and their mental health needs, there are several steps a behavioral health professional can take to provide them with the best possible care.

First and foremost, providers should be sure that they are asking about military service in their initial assessments with clients. “One of the big factors for providers to know is that this is a population that tends to be under-identified,” Melissa explains. “Have they ever served? Are they currently serving? Have they ever been deployed? Did they see combat? Do they have any close family members or loved ones who are in those same categories? Part of the assessment should be asking these questions to get an idea if there’s more there that needs to be explored.”

Since every service member’s experience in the Armed Forces is unique, providers should also be careful not to assume they know how a veteran feels about the military or the time that they served. “You can’t just assume that all veterans are proud of their service,” Melissa says. “The time they served, the experience they had while serving, the circumstances of their discharge—you need to ask those personal questions to assess how they identify.”

Once this has been done, therapists and counselors should focus on building a relationship of respect and trust just as they would with any consumer. “It all starts with the relationship between the client and the provider,” Matt says. “Sitting down and talking with this person, getting on their level, being empathetic, and digging through the wall that’s going to be put up automatically. Because most veterans are going to be respectful, but they’re not going to want to open up.”

According to Matt, providers may find it easier to build trust and engagement with veterans if they implement a few simple techniques during treatment:

“First of all, providers should understand some of the different language that veterans use. Time is the first one. When you schedule an appointment, try scheduling for ‘1300’ instead of 1:00 PM. Instead of going to lunch, veterans go to ‘chow.’ They may use some derogatory terms for the combatant they fought—understand those. Also, it may sound bad, but you shouldn’t give a vet too many choices. Just tell them what time they need to be somewhere and what to expect, and they’ll be there. That’s a part of the military culture that we come from. Finally, a good way to approach treatment is to lay out the treatment plan like a mission. Sit down with the vet, set the objective, and educate them on it. I think that’s a good approach to get them to buy-in.”

At Cummins Behavioral health, we believe that all people deserve access to exceptional mental health care. Our duty to serve our communities extends to the service members and veterans living within them, especially considering the sacrifices they have made to safeguard our own well-being. That’s why we’re committed to providing the best culturally-competent care possible for our veteran population!

Interested in learning about therapeutic best practices for other behavioral health consumer populations? You might enjoy our blog posts on African American mental health and women’s mental health below!