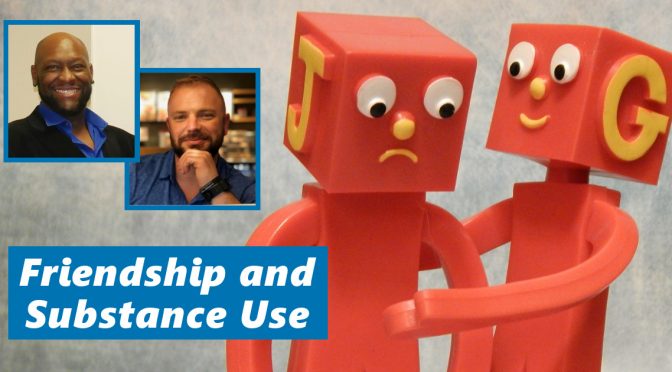 Substance use disorder, also known as addiction, is one of the biggest public health crises affecting Americans today. According to the National Survey on Drug Use and Health, around 20.3 million Americans suffered from a substance use disorder (or SUD) in 2018. This includes an estimated 389,000 Hoosiers aged 12 or older. Indiana has been hit especially hard by the ongoing opioid crisis, ranking 14th for most drug overdose deaths by state in 2017.

Despite the vast number of people afflicted with SUD and the well-established science that explains how addictive substances hijack the brain, there is still a significant amount of stigma surrounding substance use disorder. Unfortunately, this stigma only makes SUD more devastating for those who suffer with it. For instance, consider the story of Matt Baker, one of Cummins’ Peer Recovery Specialists who fought to overcome his own struggle with substance use disorder.

Matt’s Story of Addiction and Recovery

Matt was no stranger to the painful realities of substance use growing up. As a child, addictive substances were a common facet of his home life. “That lifestyle was the norm around my home—substance use and a lot of the things that go in line with it. Domestic violence, involvement with the law, time spent in and out of the jail system and other institutions,” Matt says.

When he was old enough, Matt joined the military and escaped this lifestyle for a time. However, he was medically discharged from the service in 2012 after being injured in combat. Upon returning home, his life quickly took a turn for the worse. “I went right back to what I knew, which was an unhealthy coping skill, and that was substance use. I went down that path—being locked up, losing my freedom. I lost my family, I lost everything that really meant something to me,” Matt says.

As he fell deeper and deeper into addiction, Matt started to believe that he was to blame. He thought there must be something wrong with him that made him act the way he did. “I honestly took that old-school view that it was a moral defect of character,” Matt explains. “I literally thought I was a bad person.”

Matt’s substance use became so severe that he eventually ended up in the hospital because of it. It was while he was admitted to the psychiatric unit of a VA hospital that something remarkable happened. “A guy came in who had his own experience with substance use and mental health issues,” Matt says. “He came and talked to us, and he normalized it. He didn’t treat us as ‘less than.’ I could relate to this man. He had a peace and a calm about him, and I thought, ‘I want some of that in my life.’ “

This experience was a major turning point for Matt. From that moment on, he was committed to recovering from substance use and taking back control of his life.  However, a major hurdle on his journey toward recovery was overcoming the stigma he felt as someone with substance use disorder. “I couldn’t do it until I tore down some of that stigma,” he says.

Breaking Down Substance Use Stigma in Indiana

The Marion County Public Health Department’s “What Are Friends For?” campaign is aimed at reducing the stigma surrounding substance use disorder.

Despite what some people still believe, substance use disorder is not a moral deficiency or weakness of character. Individuals who struggle with substance use are not “bad people.” As its name suggests, SUD is a behavioral health disorder. No one chooses to suffer from it, and those who do have great difficulty changing their thoughts and behaviors. In fact, their situation is not so different from someone who struggles to control the thoughts and behaviors associated with major depressive disorder, borderline personality disorder, or an anxiety disorder.

This is the message that organizations like Marion County Public Health Department (MCPHD) and Drug Free Marion County (DFMC) are working to spread in Indiana. MCPHD’s “What Are Friends For?” advertisements (such as the video above) teach that one of the best ways we can help a friend or family member who’s struggling with addiction is to be understanding and compassionate.

Sometimes a loved one may need help resisting cravings, avoiding overdose or finding treatment for their substance use. But according to Michaelangelo McClendon, Interim Executive Director of Drug Free Marion County, sometimes they only need a friendly ear to share their struggles with:

“Our agency gets calls every day from people struggling with substance use, and sometimes they just need us to listen. And that’s what friends are for. Our friends listen when we’re in pain. Sometimes we’re the listening board that can help guide them through the pain of addiction.”

Empathy: The Key to Ending Stigma

Ultimately, being a friend to someone who struggles with substance use means putting ourselves in their shoes. It isn’t enough to understand how addiction works and take pity on those who suffer from it. We must truly empathize and admit that we, too, have our share of struggles in life; we, too, are flawed individuals; and we, too, could have developed the same problems with substance use if we had lived their same life experience.

“We live in an environment where people are afraid to show who they really are. We’re afraid of judgment and afraid of being ridiculed for not being perfect,” McClendon says. “We also have a society that is just now learning that people who are struggling with substance use are not throwaways. Life is hard. We all struggle, and we all have different ways of coping. We have to be honest about who we are as humans and create a much more open environment for people to say, ‘I’m imperfect.’ And that takes community.”

“It’s amazing what happens in recovery,” Matt says. “The people who come out are completely different from the people who went in. There’s definitely hope, and people do change. People do recover.” 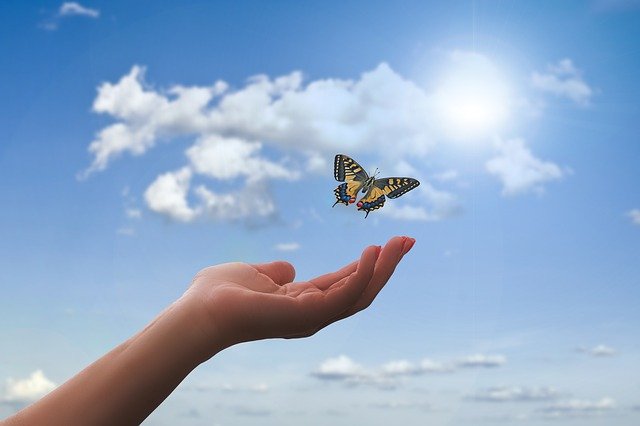 If you or someone you know needs help with substance use and lives in Marion County, we encourage you to visit Drug Free Marion County’s website and MCHD’s What Are Friends For? webpage for resources and assistance finding treatment. You can also call our offices at (888) 714-1927 to discuss if Cummins’ SUD treatment services might be right for you.

If you’d like to learn more about substance use disorder and Cummins’ SUD services, we recommend reading these other posts from our blog!