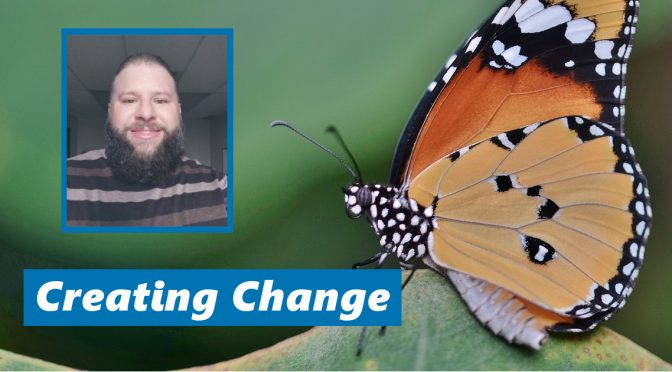 At some point in their lives, most people will feel the need to make a change. Maybe they’d like to remove something that’s causing them distress, or perhaps they’d like to add a new behavior that will improve the quality of their life. For example, we’ve previously discussed the benefits that practicing mindfulness, getting enough sleep, eating a balanced diet and exercising regularly can have for a person’s physical and mental health.

However, change can be tricky. Common knowledge suggests that the main obstacle to change is knowing what needs to be done, but this actually isn’t the case. Research shows that the first step in any change is developing an intention to change and believing we have the ability to make that change. Without this internal conviction, any changes to our lives that we might like to make—or think we ought to make—are unlikely to succeed. Once intention is achieved, the change must then be planned out, executed, and maintained into the future.

In fact, the way that successful change happens is very similar regardless of the individual person and the exact thing being changed. Psychologists have found that people move through predictable patterns of thought and behavior as they prepare for and complete a change. This knowledge can be invaluable when we intend to make a change in our life, as it can help us track where we are in the process of change and how to move closer to our goal.

To better explain how someone can make positive changes in their life, we spoke with David Bonney, a therapist and IOT Group Leader at our Marion County office. In this post, David walks us through one of the most popular psychological theories for how people change: the Stages of Change model.

As part of their daily work, mental health professionals often assist people in changing their behaviors. This is especially true for therapists like David who specialize in substance use disorder. When coaching a client through a big lifestyle change, it’s helpful to know what they’re experiencing at present and how their intentions might shift. The Stages of Change model is a common tool therapists use to map a client’s journey.

“In the area of substance use counseling, the Stages of Change model is one of the predominant models, if not the most predominant model, counselors tend to use across all agencies,” David says. “It’s something that I support as well. I see a lot of validity to it, and it can apply to almost any consumer that we work with.”

The Stages of Change model divides behavior change into five discrete parts that a person progresses through in order. Although the goal of any change is continuous forward progression, a person may regress to a previous stage of the model if they have a relapse in behavior. The stages are as follows:

Taking the First Step Toward Change

Every stage in the Stages of Change model is an integral part of the behavior change process. However, the transition from pre-contemplation to contemplation deserves further discussion. Intention to change is the linchpin that holds the process together, and developing that intention is not always easy. This is especially true when the change is something that we ought to do but not necessarily something that we want to do.

This is a situation that David encounters frequently in substance use counseling. “We have some consumers who have been referred to Intensive Outpatient Therapy (IOT) who say, for whatever reason, ‘I’m not ready yet,’ or ‘I don’t want to go.’ What we might do at that point is meet with them individually to explore their reservations,” he says.

This type of counseling relies on a technique called motivational interviewing. During this process, the therapist or counselor guides the client toward behavior change by exploring their desires and intentions. Rather than telling the client what they should do, the therapist accepts where they are in the change process and helps them clarify any ambivalent feelings they may have. This format prevents therapy from devolving into a power struggle and empowers the client to take responsibility for their own actions.

As David explains, motivational interviewing can help a person decide to make a change by their own choice, on their own terms, and at a speed they’re comfortable with:

“Motivational interviewing is about meeting people where they are with the ultimate goal of building engagement. Sometimes in the pre-contemplation stage, consumers attempt to go in a circle. I try to step outside the circle right away by accepting the consumer for where they are and accepting their line of thinking, whether it’s misguided or not. Then I try to challenge any beliefs they may have that are contrary to what they’re saying. For example, if they say, ‘I want to get off probation,’ I’ll ask how they are going to get off probation. If they then say, ‘Well, I have to quit using,’ I’ll ask what it’s going to take for them to quit using. Then they might say, ‘I’m not going to quit using because there’s nothing wrong with what I’m doing, but I want to get off probation.’ In that case, I’ll try to point out the conflict in their thinking, but I’ll allow them to draw that conclusion rather than give them the answer. So, what we’re trying to do is break down defenses and avoid any power struggles, and by doing that, we’re trying to empower the consumer versus take their power away.”

When the time comes to make a change in our life, the Stages of Change model can be a useful tool both inside and outside of therapy. We recommend using it to track progress toward your goal and anticipate what will come next on your journey.

If you’d like professional assistance when working toward behavior change, you should know that our therapists and counselors here at Cummins BHS would be happy to help! Simply call us at (888) 714–1927 to discuss your counseling options and schedule an appointment. 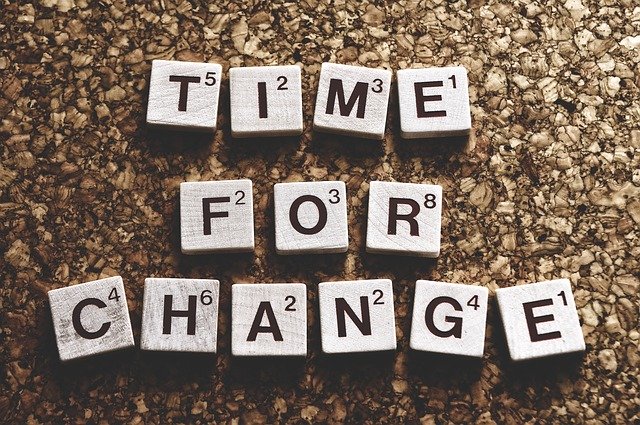 If you’d like more advice related to changing your behaviors and improving your life, we recommend reading our New Year’s post about setting better goals!