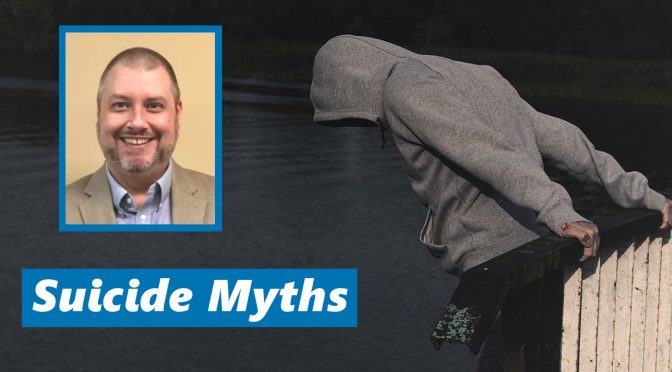 “Suicide is a solitary event, and yet it often has far-reaching repercussions for many others. It is rather like throwing a stone into a pond; the ripples spread and spread.” — Alison Wertheimer

Although most of us would prefer otherwise, everyone feels negative emotions in life. Feelings like sorrow, grief, guilt, shame, hopelessness and worthlessness can be extremely difficult to deal with and taxing on our mental well-being. Often we find the strength to hold on until the feeling passes, but sometimes, for one reason or another, we might feel the urge to phyically harm ourselves in order to escape intense emotional pain. In the most extreme cases, we might consider ending our own life to make the pain go away.

Suicide is a major public health concern throughout much of the world. It affects all races and genders, and in the United States, it is the 10th leading cause of death. In addition to deaths by suicide, the American Foundation for Suicide Prevention estimates that there were 1.4 million suicide attempts in 2018. However, suicide remains highly stigmatized in America and elsewhere, and it is often misunderstood as a result.

March is internationally recognized as Self-Harm Awareness Month (or Self-Injury Awareness Month), and in observance, Cummins Behavioral Health hopes to improve understanding and erode the taboo surrounding suicide, the most drastic of all forms of self-injury. Persistent myths and fallacies about suicide not only isolate those who have contemplated or attempted it, but they can also prevent people from receiving help during a time of emotional crisis.

To get to the bottom of what is and isn’t true about suicide and suicidal behavior, we spoke with Robb Enlow, Chief Clinical Officer at Cummins BHS. Robb provided us with an evidence-based curriculum he assembled that explains and debunks 13 of the most common fallacies about suicide and those who struggle with the urge to take their own lives.

Fallacy #1: Most suicides are caused by a single traumatic event.

Too often, people assume that the decision to take one’s life is made following a single highly upsetting event. As a result, they might believe that suicide happens so quickly that it cannot be prevented. In reality, a sudden traumatic event is unlikely to be the only cause of suicidal ideation. “More typically, these events are one of other contributing events and feelings which have occurred over time. The stressful event and the person’s reaction to that event should be viewed as invitations to help,” Robb’s curriculum states.

Fallacy #2: Most suicides occur with little or no warning.

A similar misconception is that people decide to end their lives in secret, without giving any indication that they’re thinking about doing so. As with the previous fallacy, this belief can lead to a sense of futility toward suicide prevention efforts. However, most people who have suicidal thoughts communicate their feelings and struggles with others before actually attempting suicide. According to Robb’s curriculum, “These invitations for others to offer help come in the form of direct statements, physical signs, emotional reactions, or behavioral cues indicating the person may be considering suicide as a solution to their problems.”

Fallacy #3: Youth suicides occur with little or no warning.

Teenagers and adolescents are often thought to be flighty and emotionally volatile, which can make caretakers feel even more hopeless about the possibility of preventing suicidal behavior. But just as with adults, young people usually communicate their distress in one form or another prior to attempting suicide. “Although youth may appear to be constantly changing, change is seldom made without purpose or thought,” the curriculum points out. “Not all youth act with haste. Additionally, young persons who do act in haste (impulse) often have a history of other risky behaviors such as substance abuse, reckless driving or unprotected sex.”

Fallacy #4: You shouldn’t talk about suicide with someone who you think might be at risk.

Some people still believe the myth that talking about suicide can “plant” the idea in a person’s head. As a result, they might think it best to avoid the topic altogether when they believe someone is at risk. On the contrary, serious talk about suicide reduces risk rather than creating or increasing it. As the curriculum explains, “Open talk and genuine concern about someone’s thoughts of suicide are a source of relief for them and are often the key elements in preventing the immediate danger of suicide. Avoidance leaves the person at risk, feeling more alone and perhaps too anxious to risk asking someone else to help.” 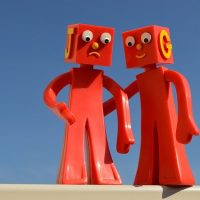 Fallacy #5: People who talk about suicide won’t do it.

On the other hand, some people may believe that anyone who talks about suicide is not seriously considering it. They might think the person is only seeking attention or pity and therefore choose not to offer any help. As we mentioned above, people who attempt suicide usually talk about their intentions before they act, so any talk of suicide should be taken seriously. “Most people who die by suicide talk about it in some way before they act. Not taking this talk seriously may be a contributing cause in many deaths by suicide,” the curriculum states.

Fallacy #6: A nonfatal outcome means it was only an attention-getting behavior.

In the same way people may dismiss talk about suicide as nothing serious, they might also believe that a nonfatal attempt proves the person doesn’t really intend to go through with it. With this in mind, they might ignore the person’s behavior so as not to reward or encourage it. This belief is false, as nonfatal suicide behaviors are often a desperate invitation for help. “If help is not offered, the person may conclude that help will never come and others not taking them seriously could be another reason for dying,” the curriculum states.

Perhaps one of the biggest misconceptions about suicidal behavior is that the person who is engaging in it wants to die. In actuality, most people who are suicidal are deeply conflicted and unsure about dying, often up to the very moment of acting. It’s very important that others understand this so they won’t be discouraged from attempting to help. “Most people are looking for help to avoid suicide even if they aren’t immediately aware that they want help. The vast majority of people who are suicidal at some time in their life find a way to continue living,” the curriculum explains.

Fallacy #8: All people who take their own lives are mentally ill. 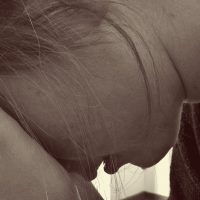 Fallacy #9: Once a person attempts suicide, they won’t do it again.

Yet another false belief about suicide is that if a person attempts to take their life and fails, then they won’t try again. Rather than alerting friends and family to the need for intervention, this belief may convince them that the risk of suicide has ended with the unsuccessful attempt. The truth is that many people who attempt suicide will do so again in the future. According to the curriculum, “The rate of suicide for those who have attempted before is 40 times higher than that of the general population. Prior suicide behavior is a major risk factor.”

Fallacy #10: When a person feels better, the danger is over.

When someone who has been struggling with suicidal thoughts and behaviors appears to suddenly improve, many people assume this means the danger of suicide has passed. While this may be true in some cases, in others it may signify that the person has made up their mind to take their life. Therefore, efforts to mitigate risk should continue. “Feeling better can have different meanings: a decision for life, or the person has made the decision to die and is no longer in emotional conflict. Continued discussion is needed,” the curriculum cautions.

Fallacy #11: Most people who kill themselves just couldn’t make it in society.

One extremely harmful myth about suicide is that it’s inevitable for some people. Some may believe that suicidal individuals are so dysfunctional that they can never succeed in the world, so it’s better to just let them end their lives. This line of thinking is incorrect, as most people who think about suicide never act on the idea, and most only seriously consider suicide once in their lives. “Suicide is a choice anyone can make, although almost no one wants to be suicidal. Your efforts to help may be enough to support a person through a difficult and dangerous period of their life,” the curriculum explains.

Fallacy #12: People who kill themselves are taking the easy way out.

In a similar vein as the previous fallacy, some people believe that those who contemplate, attempt or complete suicide are morally weak. They may think that suicidal individuals do not deserve help, or worse yet, that society would be better off without them. This view ignores the tremendous emotional burden of suicidal thoughts, and it also reduces the chance that a suicidal person will recover. “Most people at risk are desperately looking for another way out of their situation. Labeling people at risk in such a negative way serves only to make it harder for them and for other persons at risk to reach out for support,” the curriculum states.

Fallacy #13: Suicide is an individual choice.

Finally, even those who have the best intentions and who would like to help a suicidal person may believe it isn’t their place to do so. They might think that if a person says they want to die, it isn’t right to intervene. However, it’s important to remember that suicide is rarely a person’s preferred choice, and it is therefore not disrespectful to exercise prevention measures. “The decision for suicide may be made in the midst of many turbulent feelings and is seldom the result of informed decision-making about all the possibilities,” the curriculum states. 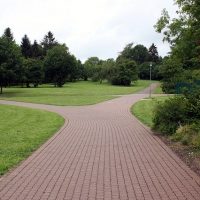 In order to reduce stigma surrounding suicide and lower rates of suicidal behavior, it’s crucial that everyone understands what is and isn’t true about suicide and individuals who consider or attempt it. In honor of Self-Harm Awareness Month, we encourage you to spread awareness of these suicide myths and misconceptions and open a dialogue with anyone you know who might be struggling with self-injury or suicidal thoughts.

Here at Cummins Behavioral Health, our therapists and counselors use a model known as “Assessing and Managing Suicide Risk” (AMSR) to detect and intervene on suicidal tendencies. If you or someone you know struggles with self-injury or suicidal ideation, feel free to call us at (888) 714-1927 to discuss treatment options. 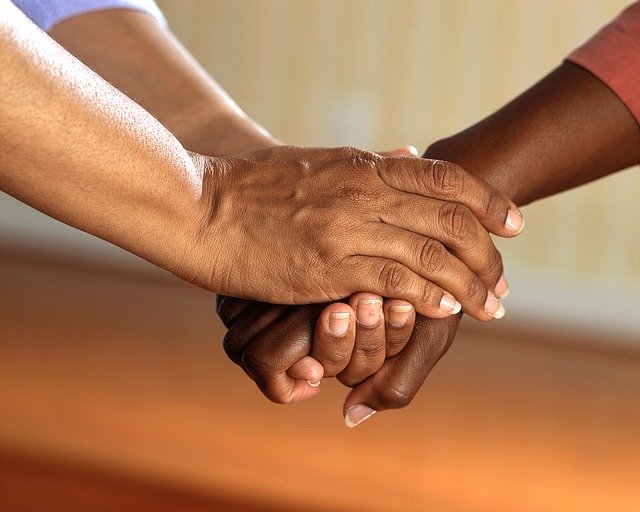 For more information about difficult behavioral health situations you may face and how you can work to overcome them, here are a few more posts we recommend.