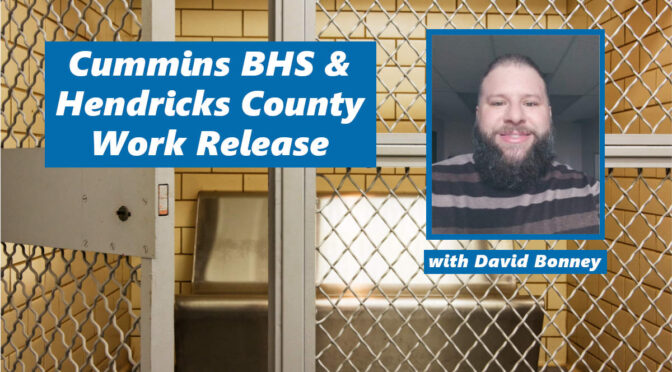 Individuals who serve time in prison, jail, or another correctional facility sometimes have difficulty re-entering society after completing their sentence. In some cases, they may lack certain skills that are needed to live responsibly and lawfully in society. Other times, they might have difficulty finding gainful employment because of their past conviction or convictions. In situations like these, a person might be tempted to turn to further criminal behaviors, which could then lead to subsequent arrests and convictions—a phenomenon known as recidivism.

Certain programs and interventions are effective at reducing recidivism and assisting these individuals to make a smooth transition back into their communities. One such program is Hendricks County Work Release (or simply “Work Release”) in Danville. Work release is a County-owned facility working in conjunction with the Indiana Department of Correction that provides the opportunity to remain connected to the community through employment opportunities as well as educational and vocational programs. The individuals in Work Release have been convicted of felonies and/or misdemeanors and are serving a sentence as ordered by the courts. This and other similar programs can serve as a bridge to community reintegration for individuals who are nearing the end of their sentences.

However, programs like these don’t always address any behavioral health challenges their participants may be experiencing. According to a 2014 report by the National Research Council, 64% of jail inmates, 54% of state prisoners and 45% of federal prisoners report some type of mental illness. Issues related to substance use are especially common among those who are incarcerated, as the Federal Bureau of Prisons reports that 46% of all current federal inmates were convicted for drug offenses. If these issues are not addressed, then the individual may be at a greater risk of subsequent offenses and convictions upon release from incarceration.

In an effort to prevent this, Hendricks County Work Release partners with Cummins Behavioral Health to provide incarcerated individuals with high quality, person-centered mental health care. In some cases, services are delivered within the Work Release Facility, reducing the need for transportation to our outpatient offices. According to Taylor Lewis, a Case Manager at Hendricks County Work Release, “The partnership gets offenders access to care within 72 hours, especially when time is of the essence, and it reduces idle time by providing structured treatment and education.”

To learn more about this partnership, we spoke with David Bonney, our Addictions Team Lead overseeing Marion and Hendricks Counties, who has provided services many times for the Work Release consumers. In this blog post, David explains what the partnership entails, how it works, and why it matters for the individuals served.

Partnering for the Health of Offenders

The collaboration between Cummins and Hendricks County Work Release began when the two organizations saw an opportunity to better meet their mutual goals. “We discussed the opportunity to work with them and provide care for the Work Release consumers,” David explains. “In the correctional environment, the culture over time continues to change toward focusing on rehabilitation and providing treatment. I think it was part of that change in how we view people who are incarcerated and what their needs are, and recognition of mental health and substance use treatment.”

This partnership first began prior to the onset of the COVID-19 pandemic. At that time, Cummins was providing all services for Work Release at our outpatient office in Avon. “We actually went to Work Release to pick up the consumers and brought them back to the Cummins office for treatment,” David says.

This procedure, like many in the health care field, changed in the wake of the pandemic. “There was a hiatus on Intensive Outpatient Treatment for substance use (IOT) being offered at the Avon Office,” David says. Eventually, all IOT groups were switched to a virtual format, but this wasn’t possible with the Work Release consumers. “There were security concerns, so they were not able to participate in a virtual Group from the facility,” David continues.

It was finally decided that the IOT groups, which are the most commonly used service among the Work Release consumers, could be offered in person at the Work Release Facility, while individuals could still be transported to the Cummins office for individual services. David explains,

“We started on February 1st, and that was the only in-person IOT group that Cummins was offering. We followed all the standard safety guidelines—social distancing and masks. And in my view, it actually turned out really successful, and we were able to work through all those unique circumstances and accommodations. And that has continued. We’ve surpassed six months of doing that Group now.”

Whenever an individual is transferred to the Work Release Facility, the staff conducts an assessment to determine their behavioral health needs. “We look at current charges, substance abuse history, assessment scores regarding substance abuse, length of sentence and emotional/mental ability. If they come from probation or home detention due to violating a drug screen, they are automatically assessed for a substance abuse program,” explains HCWR’s Taylor Lewis.

Based on the results of this assessment, the case manager will refer the individual for the appropriate services. “They’ll send an intake referral over, and then we’ll go through our standard intake process just like we would with any consumer,” David says. After completing intake, the consumer is then referred to the appropriate services and service providers.

“Right now we are doing IOT three times a week, three hours a day, Monday, Tuesday and Thursday. We’ll go to the Work Release Facility in Danville, and the consumers who are in the group will be released to come to that group. They’ll walk down the hall to a classroom that looks very much like what you would imagine a classroom to look like—tables, chairs, a whiteboard—and then we provide a regular Group session right there at the facility. Being in that space doesn’t feel much different than being at the Cummins office; the room has the feeling of a treatment center setting, which is great.”

If a Work Release consumer needs other services, such as individual therapy, life skills training, or medical services, they can receive these in person at the Cummins office. “They would come in to the outpatient office in Avon for the service they’re scheduled for, just like any other consumer would,” David says. “Work Release is also working with us to offer telehealth opportunities at the facility, but that is still on a case-by-case basis. Historically, that may not have been an option at all, so it’s an example of our growing partnership,” he adds.

Why It Matters for Consumers

How does the partnership between Cummins Behavioral Health and Hendricks County Work Release benefit the individuals who receive treatment? In David’s opinion, there are both immediate and long-term benefits.

First and most obvious is the fact that incarcerated individuals receive access to care for any mental health challenges they may face. As mentioned earlier, about half of all incarcerated people suffer from some type of mental illness, and receiving treatment is an essential step to improving their symptoms. In some cases, addressing any underlying mental illness may also address root causes for criminal behavior and recidivism.

Second, the partnership allows us to reduce the barriers to accessing treatment that these individuals typically face. “Many consumers do not have stable transportation or any transportation, and they ultimately would not be able to participate consistently at our office if we were doing it that way,” David explains.

For David, part of this high-quality treatment consists of addressing deeper behavioral problems in addition to the surface-level symptoms of illness:

“We try to look at the correlation between their underlying issues and the legal outcomes that they’re facing. We really work on understanding the subtle underlying reasons, such as, how did substance use contribute to your offenses that lead you to this facility? And what needs to be different for you to have different outcomes in your present and future legal issues?”

Ultimately, we hope that the services we provide for our Work Release consumers will help them address underlying mental health issues, complete their stay at Work Release satisfactorily, and stay out of the correctional system in the future. As David Bonney says, “Oftentimes we hear discontent about the facility or about the legal system itself. We try to affirm what we’re hearing from them and lead them to reframe their thoughts around the bigger picture—that the goal is not simply to be comfortable in Work Release, but to get out of Work Release and not come back. So they can be comfortable living their life the way they want to, not in a correctional facility.”

We’d like to recognize the hard work and dedication of everyone involved with the Work Release Partnership, including David Bonney, Michelle Freeman, our SUD treatment team, our Outpatient treatment team, our Medical team, and our Intake Specialists. We’d also like to thank Taylor Lewis and everyone at Hendricks County Work Release for giving us the chance to serve the individuals in their care. Together, we can continue to make a difference for every member of our community. 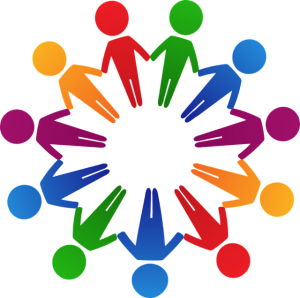